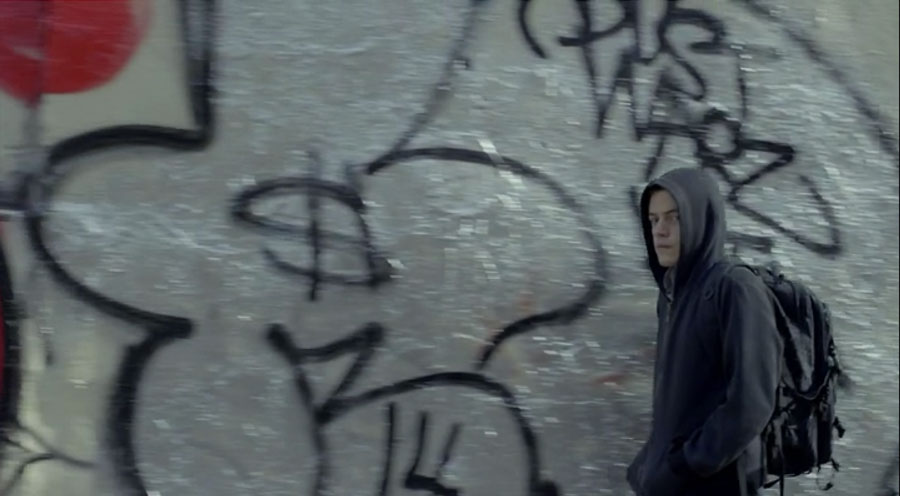 Summer was once a time for re-runs, pen-pals, and water parks. Network-era norms dictated that consumers be baited with the smell of new fall shows just in time for Chevrolet to roll out next year's model. Because of the medium's commercial mandate, this relationship was inextricable. In today's post network-era, television has become truly nonlinear and patterns of consumption have allowed for multiple revenue streams. Subscription, narrowcasting, and time-shifting have all become a part of the cultural industry. In other words, don't be caught at sleepover camp during the summer or you might miss the series finale of Breaking Bad or the premiere of Orange is The New Black. Just this June, captivated audiences held their breath for HBO’s second season of True Detective. Finally sophisticated programming was season blind—and summer really sizzles.

As it came to be, the real breakout show of the summer was USA’s Mr. Robot. Despite premiering on a network that isn't synonymous with sophisticated programing, and with a title that doesn't immediately resonate, Mr. Robot is an unlikely champion of multifarious pleasures. 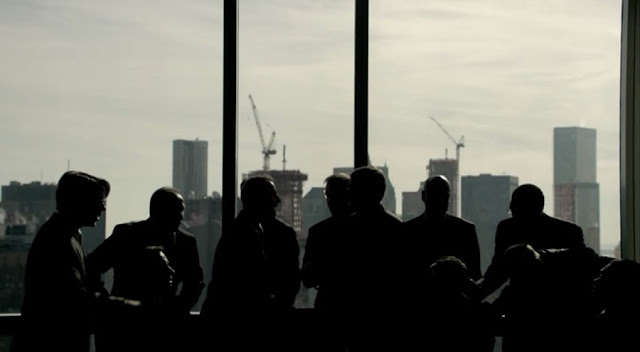 Creator Sam Esmail (Comet) initially began writing Mr. Robot as a feature length film. In an interview with The Hollywood Reporter he confesses that by page 90, he wasn’t even through the first act. He was able to sell the show as a complete story with a structured timeline and a life expectancy of 4 or 5 seasons, a pitching trend not common among series today. In other words, the arousing storytelling of season one is merely exposition—act one of a fully imagined story.

The postmodernist Mr. Robot immediately displayed what audiences recognized as narrative markers for Fight Club and common conjecture was an anticipated facsimile. While this story is clearly its own, some semblances have been served and satisfied. This was acknowledged, I think cleverly, at the end of episode 9, "eps1.8_m1rr01ng.qt", in the final scene between Tyrell (Martin Wallström) and Elliot (Rami Malek) when a soft and precious piano cover of The Pixies’ "Where is My Mind" gently shepherds us into the credits.

It is a consistently agreed upon position that hacker culture is not fairly represented in media today. While I lack the expert knowing to testify on behalf of Mr. Robot, CTO of WatchGaurd Technologies, Corey Nachreiner, contributes weekly to GeekWire.com to critically review each episode. Nachreiner examines an episode's achievements or shortcomings with regard to information security or InfoSec. If you care at all about the show’s fidelity to the subject, then this is a must read and should be considered a companion text to the series. Esmail, himself, has stressed his commitment to using real computers with live screens and authentic code over the standard television practice of using green screens and generic commands; the trappings of diminution the genre has suffered so much of. Even a civilian can appreciate the charm of the series’ episode titles. Every episode title is structured using typical file naming conventions that end with unique file formats.

For a show that could so easily be gendered, it is with tremendous relief that Mr. Robot passes both the Bechdel Test and the Russo Test. To have a show on cable today where the protagonist is a cis male working in a male dominated field, whose drug abuse, misanthropy, and mental illness are often placated or entirely dismissed could be a modern day tragedy, in fact we’ve read those headlines. There’s something truly fragile and trustworthy about Elliot. His character is almost completely defined by the women in his life. The choices he makes are often influenced by Angela, Krista, Shayla, or Darlene; even the haunting flashbacks to his mother’s abuse affect him in a way that appear to make him more cautious.

Mr. Robot's fractured reality is an inviting part of the narrative, escaping the tradition of omniscient story telling. Even Elliot's voice-over breaks convention, presenting a reflexive, restrictive, and unreliable diegesis. The larger world outside of Elliot Alderson is lit through the eyes of other key characters. Some of these character's worlds have been so exquisitely developed, like in the case of Angela and Tyrell, that attention will completely wander to them as their own hero journeys play out. 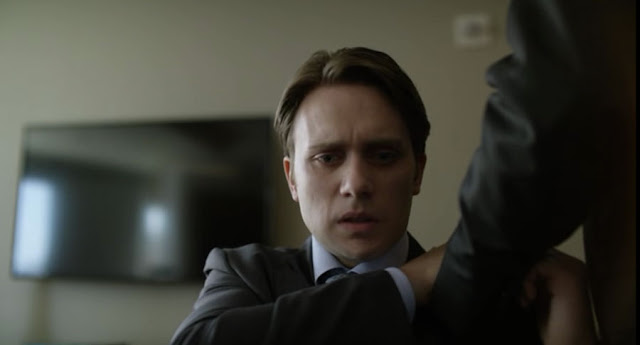 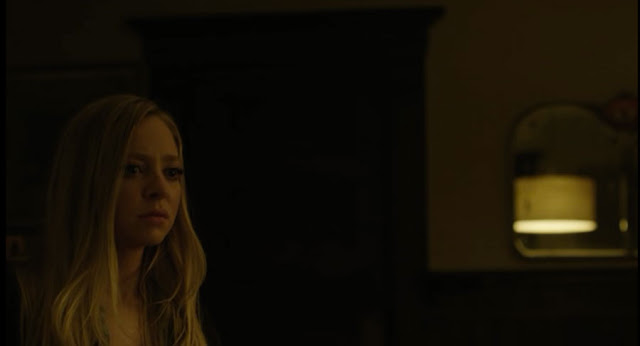 Another availing achievement for Mr. Robot is the superlative casting of Christian Slater. As the titular character, Slater broadcasts his wonted role of unrefined mutineer, with a pinch of debonair, for perfectly balanced results. This is possibly the best prime-time use of the actor to date. 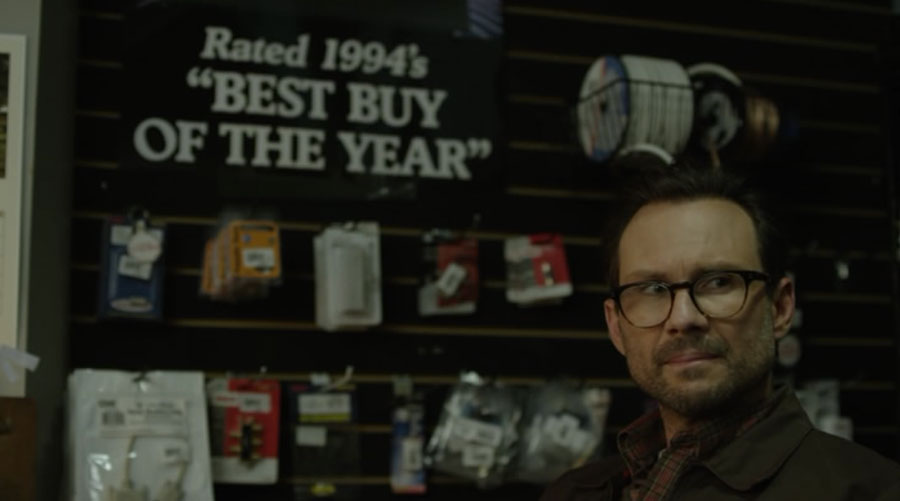 Below is a supercut created by and contributed by Matthew Mammola. This, even when watched unaccompanied to the larger text, communicates the show's most rudimentary thesis.


In every effort to satisfy the diegesis, the soundtrack or mise-en-bande of Mr. Robot is completely rousing. Every noise, every sound fills the expertly lit spaces with tension, excitement, or despondency. These atmospheres are sometimes created by a composed score, baroque pop, electronica, hip hop, indie rock, or a philharmonic orchestra. Music tenderly defines the character's shared moments and isolating moods. This can be subtle and infectious like the scores composed by Mac Quayle, it can be organic and occur diegetically like Animotions’s "Obsession" or Sonic Youth’s "Kool Thing", or these moments can be powerfully obtrusive, deepening all fervor like Neil Diamond’s "If you Go Away", The Cure’s "Pictures of You", Len's "Steal My Sunshine" and FKA Twigs "Two Weeks". 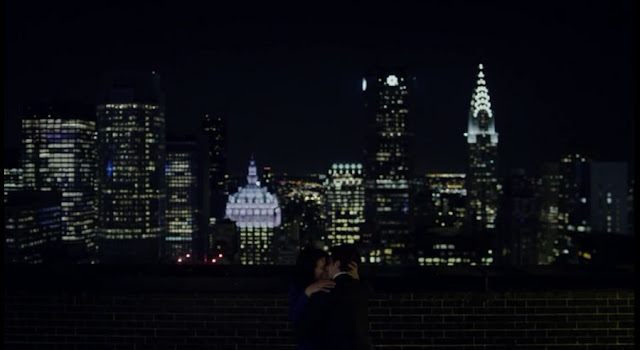 The season finale airs Wednesday September 2nd on USA at 10/9C
You can watch previous episodes at iTunes, Amazon, and limited access on Hulu.


The season finale was postponed by a week under circumstances that make this Chekhov's Gun alert a nonessential observation, but here it is. 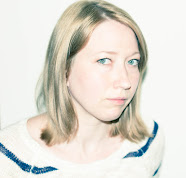